How To Win Without Succeeding - Tennis Lessons For Ordinary People

We Celebrate Success And Ignore Failure

Most motivational speeches have an anecdote that features how someone overcame tremendous odds and yet came home a winner.

The personal development and self-help world is steeped in case studies and analysis of success. Numerous studies have been undertaken on successful people to understand what it was that they did to become so successful, how they did it and when they did it - and we are led to believe that we too can achieve comparable success if we replicate this.

We are told by the self-help gurus:

“You can be anything you want to be, if you put your mind to it.”

“Your thoughts have resonance and if you think enough positive thoughts for long enough, they will manifest.

But that is just not true.

This focus on success is very odd given that:

Success is the exception rather than the rule

Most people do not realize all of their dreams. Most of the time, most of us fail. Hard work, skill, focus and persistence are not enough without the randomness of chance and the alignment of many factors, principally being in the right place with the right offering at the right time in the right environment.

For every successful business person there so many more who have failed - over 95% of new businesses fail.

Many people do not find the life-partner of their dreams.

Failure is the norm. Most of the time, your plans do not work out as you wanted them to.

"The first reason to turn towards failure is that our efforts not to think about failure leave us with a severely distorted understanding of what it takes to be successful. " (Oliver Burkeman)

Here are some pointers to help you understand:

Where does all this leave us? The notion that you might fail can really slow you down. But it’s not the failure itself that’s the problem. The problem is your relationship with failure.

A good failure is a powerful learning experience.

So accepting your limitations, and embracing failure as an opportunity to learn, improve and grow, what next?

Well this is where you can gain valuable insights from the world of tennis.

Simon Ramo, a scientist and statistician, wrote a fascinating little book in the 1970s: Extraordinary Tennis Ordinary Players. In this book Ramo identifies the crucial difference between the winner’s game and a loser’s game.

In his essay, The Loser’s Game, and referencing Ramo's work, Charles Ellis calls professional tennis a “Winner’s Game.” While there is some degree of skill and luck involved, the game is generally determined by the actions of the winner

Amateur tennis is an entirely different game. Not in how it is played or the rules but, rather, in how it’s won. Long and powerful rallies are generally a thing of the past. Mistakes are frequent. Balls are constantly hit into nets or out of bounds. Double faults are nearly as common as faults.

Ramo found that 80 percent of points in high-level matches between professional players were the result of winning shots and only 20 percent the result of unforced errors by one’s opponent.

In contrast, the dynamics of matches between amateurs were reversed. Eighty percent of points came from unforced errors. An amateur player seldom “beats” an opponent; rather, the player who makes the fewest mistakes, who simply continues to keep the ball in play, usually ends up winning.

From Ramo’s perspective, if you want to win at tennis, you have to adjust your strategy to your abilities.

For the “ordinary” tennis player, this means understanding that amateur tennis is a “loser’s game” where success comes from avoiding losses.

The point is that most of us are amateurs but we refuse to believe it. This is a problem because we’re often playing the game of the professionals. What we should do in this case, when we’re the amateur, is to invert the problem.

Rather than trying to win, we should avoid losing. 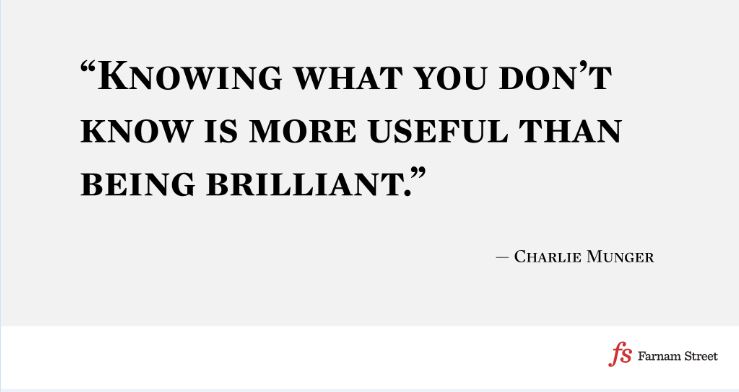 Accept that just because someone you know and trust believes something to be true, does not make it so [until corroborated by market data] it just means that they genuinely believe it to be true.

Before instigating any action, and in addition to discussing this with your senior management team, hold informal talks as soon as possible with a small group drawn from the informal networks within your organization. Outline the challenges, give them the background and the reasons for the potential change and invite their views and feedback on how to proceed – and listen!

Understand and know how to avoid: [1] Cognitive Distortions - the psychology of human misjudgement; and how to apply [2] Mental Models.


Here is how it all hangs together:

Feel free to contact me to discuss further if any aspect of this resonates with you.